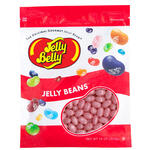 Enter your zip code and click Search. We'll check to see if this product is available nearby

Enter your email address to be notified when this item is back in stock.
Thank you! We'll let you know when we have more.

This is a carousel of recommended products. Use next and previous buttons to navigate, or use keyboard navigation throughout the product slides.

Turn up the heat on your next snack session with Cinnamon jelly beans and candies from Jelly Belly®. There’s nothing quite like the invigorating flavor of sweet and sizzling cinnamon to tantalize your taste buds, and thanks to Jelly Belly’s dedication to true-to-life flavors, these cinnamon jelly beans pack a bright burst of flavor that’s hard to resist. If you’re a fan of cinnamon treats like cinnamon gum or cinnamon hard candy, you’ll love these Jelly Belly beans. In fact, our cinnamon flavor surpasses that of most other sweets since we use only high-quality ingredients to make our candies. If you’re ready for a little extra excitement for your sweet tooth, choose from this lineup of tasty Cinnamon jelly beans and candies from Jelly Belly.

Sizzling Hot with the Perfect Amount of Spice

While sweet candies can certainly be delicious, sometimes you want something a little different to satisfy your tasty treat cravings. That’s where our Cinnamon Jelly Belly beans come in. Our Cinnamon jelly beans offer a distinctive twist on the typical candy snack, especially since the sizzling flavor packs in a significant amount of heat and a taste that lingers. The cinnamon candies have just the right hint of spice to tingle the taste buds and keep you coming back for more, with a flavor profile that's hard to beat. You’ll crave the true-to-life cinnamon flavor of these candies any time you want a spicy treat, and the light cinnamon scent makes these candies a hit in any candy dish. In addition to our classic Cinnamon jelly beans, don’t forget to check out our cinnamon candy corn. It’s mixed with a hint of vanilla to provide a creamy treat that’s perfect for the fall season.

Stock Up on Cinnamon Candy

Now that you’re craving that sweet cinnamon flavor, it’s time to stock up on candies featuring the iconic Jelly Belly flavor. Our Cinnamon jelly beans are available in resealable bags for easy, on-the-go snacking, or you can also buy in bulk to keep a steady supply on hand. Indulge in a sweet, cinnamon treat, or use Cinnamon jelly beans as part of your seasonal décor. They're also great for including in party favors for a special celebration, such as a birthday party or wedding. In addition to plain cinnamon, we also have mixes that feature our Cinnamon jelly beans. While our Apple Cider Mix is most popular in autumn, you can certainly order it now and enjoy it year-round! Shop at Jelly Belly to find a great selection of cinnamon candy for sale.

If you're craving the sweet, spicy flavor of cinnamon candy, you've come to the right place. Shop at Jelly Belly to find the highest-quality cinnamon candy available and turn up the heat on your next snack session.